Since my previous pair of drupal shoes were a bit worn out (normal after wearing them for a year non-stop). I started designing a new pair: another model, a different accent color.

This time I chose the Nike Mogan 3 ID model as my starting point. Choosing another model also resulted in a different way of adding my custom "ID". If you remember the previous version of my shoes, I had only three characters per heel, so I did split drupal into DRU (left shoe) and PAL (right shoe). This time I had 6 characters per heel. So in theory I was able to put drupal on each heel. But then I thought I had to be more creative. I ended up with DRUPAL (left shoe) and 3527 (right shoe). For those not too familiar with drupal, the number on my right shoe refers to my user id on drupal.org. Finally my design efforts resulted in these flash rendered pictures. 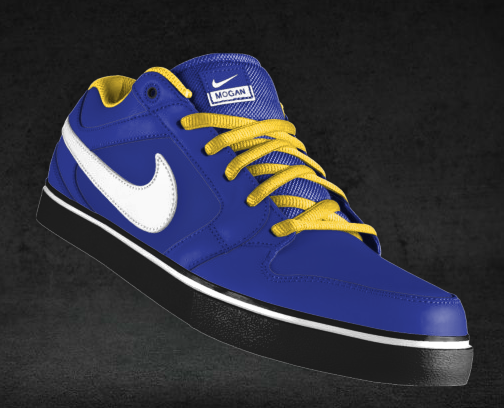 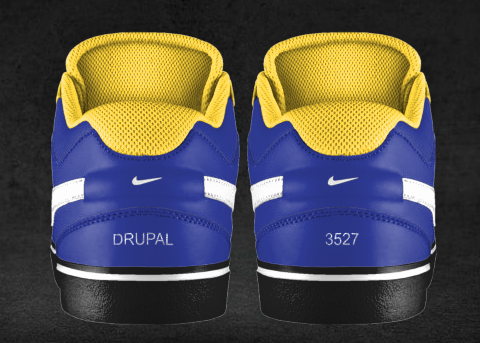 After ordering I received an email to confirm, and to tell me the shoes were going to be build (This was February 16th, 2012):

"We´ve started building your customised design. We´ll let you know when your order has been completed and shipped."

On Monday March 5th, 2012 the shoes were ready and shipping to my address:

"Thank you for ordering from NikeStore.com.  Your order has been shipped with the items that were available today."

It only took a week to ship them from China, over Hong-Kong, Dubai & Koeln to Leuven. I received the package on Friday March 9th, 2012.

And now the most important part, how do they look in real life? I'm happy with the result, judge for yourself: 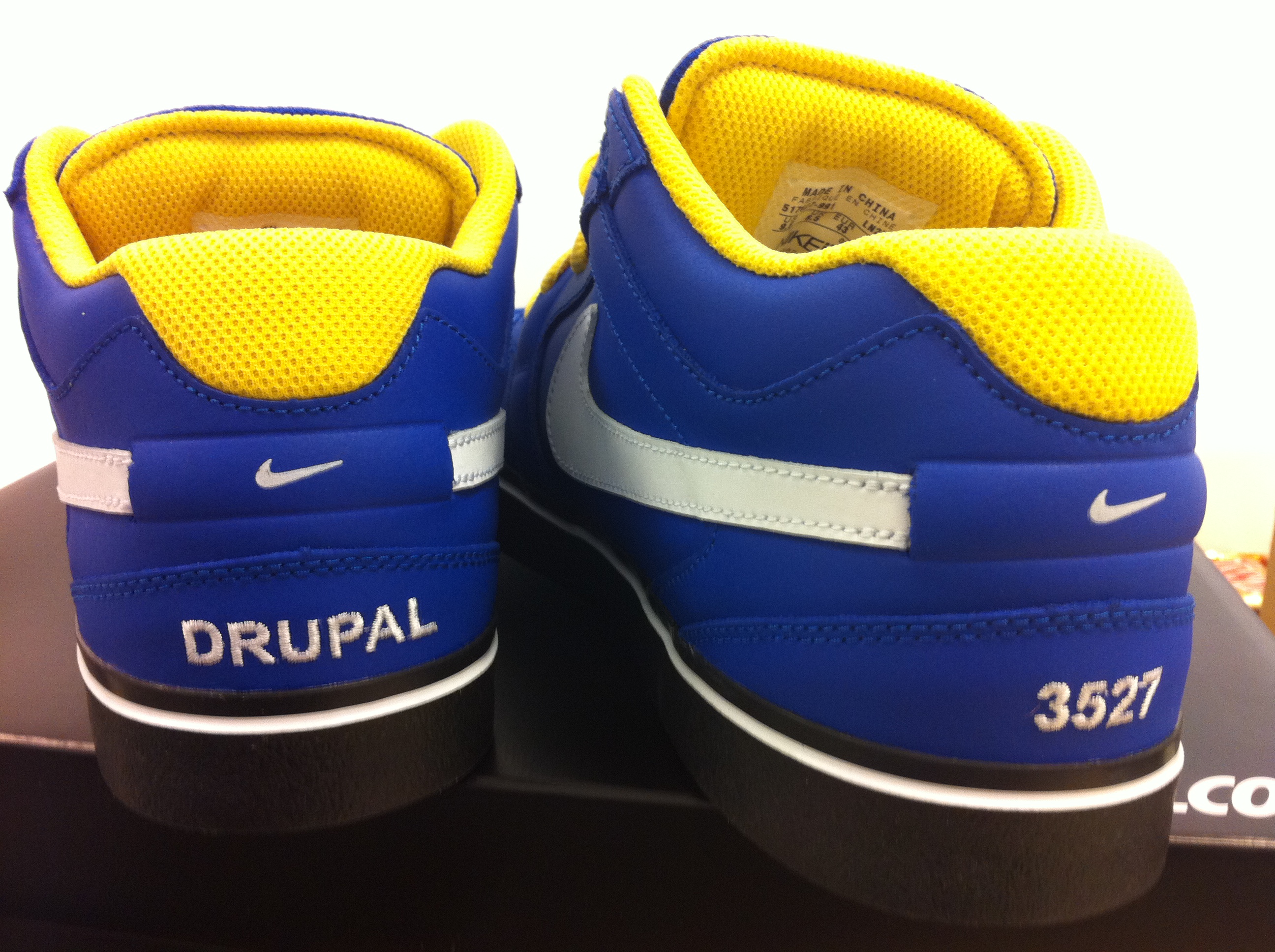 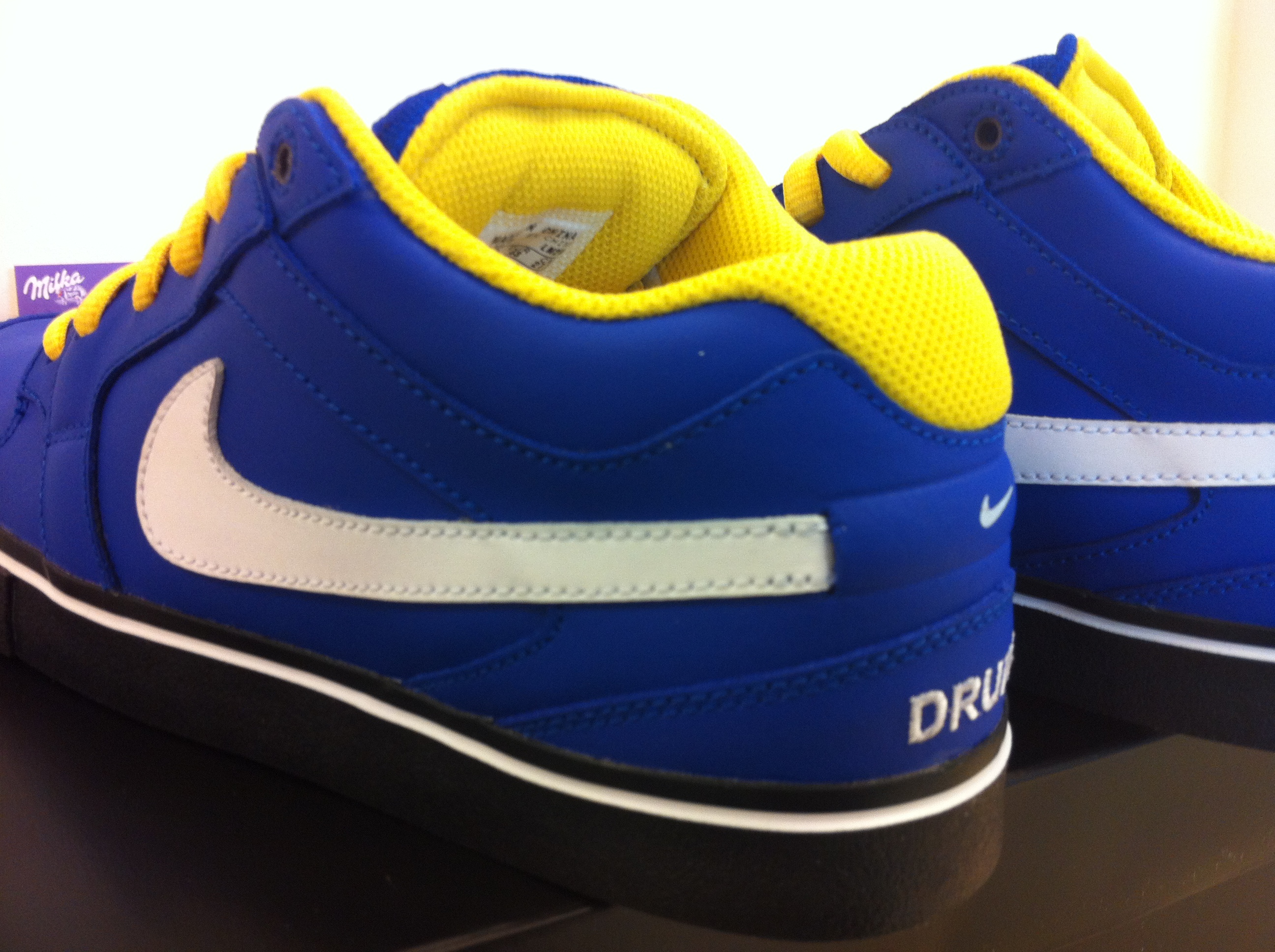 In true open source style, I hereby provide the link to this design, if others wish to order them, or start customizing with my design as a starting point: http://store.nike.com/be/en_gb/product/mogan-3-id-shoe/#?mid=335472732 I guess the colors make it the ideal drupal shoes for the swedes at nodeone.se ;)